I know I seem to say this about a lot of songs on this blog but this one means a lot to me. A few years back I befriended someone who would become very special. As fate would have it, they were also a huge fan of the works of Mr Gedge. When we first heard ‘Two Bridges’ live at the Scarborough and Brighton gigs in the summer of 2013, we were both blown away by the song’s power and intensity. It sounded like a blast from the past freshened up with a 21st century twist. To be able to equally enjoy a song and discuss it passionately alongside someone else was a truly magical feeling.

By the time the single was released later that year and when we saw them play it again in Leeds, we were a couple. When I’ve listened to it since (and I have done, regularly – when Going, Going… was released I played nothing else for weeks), it took me back to those joyful days of early romance. Even though the song is about breaking away from a relationship, it just makes me think of a new one bursting into life. The music helps with that feeling – everything about it feels full of positivism and newness.

Structurally, the song is interesting – bursting along at pace, rattling through two verses and two choruses then, halfway through, it changes direction and starting slowly at first, the piece builds and grows, adding instruments as it climbs and soars all the way through to a breathless finish.

Bridges can be for jumping off of or for taking you from one place to another. This song, thankfully, is about the latter.

Two Bridges is an area of Manhattan based in sight of the Manhattan and Brooklyn Bridges. Any particular emotional resonance of that place? The main thing I think of with Brooklyn Bridge is that it’s where Gwen Stacy was killed by the Green Goblin in Amazing Spider-Man 121/122.

DLG: Ha, ha… trust you to spot that one! Well, you know more than most how comic book culture in general and the Spider-Man stories in particular have been inspirational to me throughout the years! I remember Keith Gregory telling me how shocked and upset he was by that particular watershed story…

The song lyrics are about a person being at a crossroads and taking a chance. What are you like in those situations? Are you impulsive/reckless/a gambler or do you tend to take the safe option, steady with no risks?

DLG: I think I try to be the latter but am probably more like the former. Maybe with age I’ve become a bit less impulsive… I don’t know.

I’m intrigued by the hand claps. I remember the first time I saw it live and seeing the rest of the band doing the little hand clap routine. I couldn’t work out how whole-heartedly it was performed by them and I wasn’t sure how I felt as an audience member. But every single time afterwards that I’ve seen the song played, I can’t help myself but do the hand claps despite knowing I must look silly doing it.

DLG: Ha, ha. Blame Patrick Alexander for that one; I’m pretty sure it was his idea. But it feels like an integral part of the song to me now and I like the playful quirkiness of it. The band were whole-heartedly behind it, yes.

How big was the involvement of co-writers Charlie Layton and Patrick Alexander on this song? They co-wrote a lot of the songs on Going, Going… – how did that that partnership work?

DLG: For those songs Patrick turned up at the rehearsal studio with ideas for guitar parts and a basic notion of how they would fit together and the rest of us would attempt to play along. I say ‘attempt’ because Patrick’s ideas often come from a different world! They’re often, initially, at least, hard to get your head round. That being said I think he came up with some dazzling ideas which both referenced The Wedding Present’s history at the same time as taking us to another place.

Then, as usual, I took those rehearsal room recordings home and did further work on them… adding my parts and thinking about the arrangements and instrumentation.

You re-recorded the song from the single in 2013 to the album version in 2016. What were the reasons for that and what are the main differences? The single sounds a lot rougher and more visceral to my ears.

DLG: We’d played that song live extensively and just felt that we might as well re-record it when we did the first batch of album tracks in Provence in October, 2014. We were playing it so much more confidently by that point, I think… I’d certainly gotten a better hold of the vocal part by then, for example. In addition we were able to take advantage of the huge sounds created by Andrew Scheps in Studios La Fabrique’s cavernous live room. Andrew wasn’t involved with the 2013 single. The drums sound enormous on the second version. I know what you mean though; the first version holds up well and does have a certain feel to it. It was recorded a lot quicker and probably has a ‘live’ or ‘Peel Session’ type of energy to it because of that.

This was first played live back in May 2013 in Bristol. It seems like a good one to play live?

DLG: It’s a rocker, for sure! I have to really concentrate during the end section, though… lots of stressful counting and worrying about hitting overdrive pedals at the wrong time.

Back in 2013, I asked if we could cover the then new single ‘Two Bridges’ for the blog and you said you’d rather wait, as it was part one of something that you didn’t want to talk about. That was clearly what became Going, Going… Was there anything more than that that you wanted to talk about but couldn’t at the time?

DLG: No, it was simply because at that moment I’d just started to think about the concept of Going, Going… and I still had lots of ideas to formulate. I knew that ‘Two Bridges’ was going to play an introductory role in the eventual story but I wasn’t completely sure then what that role was going to be. It was the first Going, Going… song to be written and, in fact, the only Going, Going… song to be finished during 2013 so, at that time, I was still working out how the other tracks would complement it.

You’ve talked a lot about the concept album / road trip concept of Going, Going… but what exactly came first? Was it the songs? Was it the places you visited? Or did you do the whole trip and then look back in retrospect and piece together a concept from what you had experienced?

DLG: The project evolved over a period of time. As I say, ‘Two Bridges’ was written in 2013 and ‘Bear’ was finished in 2014. Most of the album’s other non-instrumental pieces were completed during late 2014 and 2015. But Jessica and I had made the trip during the summer of 2014 [during the 20th World Cup Finals, in fact!] so, yes, it’s safe to say that the journey informed the writing. At the outset I just had a list of twenty locations in twenty different American states that I wanted to visit. The names of those places ultimately became the titles of the tracks on the album, of course. So I had a rough idea of the concept before we embarked on the trip but there’s nothing like driving four and a half thousand miles across the USA to focus your thoughts.

Did the places suggest locations to film (there are watery themes to most of the films that accompany the songs)? You added GPS co-ordinates on the album sleeve so do they match closely to where you and Jessica did the films?

DLG: Yes, we wanted to capture a sense of the journey so we filmed at locations en route. We didn’t initially plan the ‘water’ theme. We just noticed that it was present in the first few films and we decided to incorporate it into all the others. There are various themes running throughout the album… the music, the lyrics, the videos… some came about by accident and some were planned. But the GPS co-ordinates refer to the track titles rather than the film locations.

Of course you’ll scoff but since you’re ‘phone’s switched off
I’m going to call and leave a message now
I’m going to try and explain, somehow, what I’m hoping to achieve
And it’s a coward’s way and I know I may come to regret this bit
But it’s guaranteed that, darling, you’ll succeed in talking me out of it

It’s not that I never cared; it’s just that I’m really scared of where my life is going
I did love you and maybe I still do
But there is no way of knowing just what I might achieve  if I don’t ever leave
If I don’t push myself
I know exactly what you will be thinking of but there is nobody else

Written and published by Gedge, Alexander & Layton, whose publishing is administered outside of the UK & Eire by Fintage Publishing BV except for North America where it is administered by Superior Music. 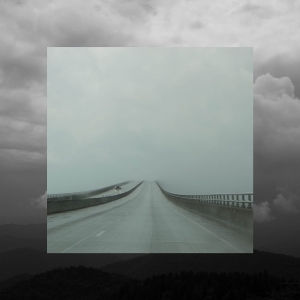 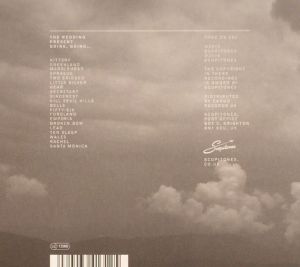 First played live in the Autumn of 1987 and made fairly regular appearances until 1990. Not got any record of it appearing again until the Autumn 2005 tour. It was aired again from the end of 2011 through the beginning of 2012 and then again at the end of 2014 which was its most recent time in the setlist.