DLG told The Quietus: I’d already decided [soon after the 2012 release of Valentina] that I didn’t want to make the next release just ‘another album’ and so I came up with the idea of twenty ‘interconnected’ pieces of music. Then, in the summer of 2014, I travelled across the USA with photographer Jessica McMillan and we made some atmospheric short films to accompany the tracks. Since then it’s been a case of progressing through the music, trying all sorts of ideas, seeing how they work set against the visuals. 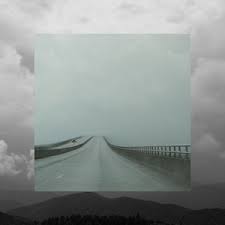 On the 2nd September 2016, The Wedding Present released Going, Going… in conjunction with Pledge Music. Twenty tracks long and a concept album in the sense of a story told lyrically across the piece. Each track is accompanied by an atmospheric film available on the dvd that comes with the album.

The songs have been written and performed over a period of time going back to 2013 when the single ‘Two Bridges’ came out.  I’d wanted to blog about that song at the time but was asked to hold off by David Gedge as he had something special planned and so wouldn’t really be able to give the questions full justice at that time.

Over those three years all but five of the songs were played live and so it was interesting to piece the album’s creation together over that time. The band went through a change when guitarist Patrick Alexander left for work reasons to go to America but his replacement Samuel Beer-Pearce stepped in admirably and, added to the work of Charles Layton, the songs have multiple credits featuring all of them. Bassist Katherine Wallinger also adds backing vocals notably on ‘Secretary’.

Below are links to each of the songs featuring what information is known about each one. I will add to these pieces shortly including some personal thoughts and hopefully some more input from DLG.

All songs performed by:

Recorded in France, England and the USA between the Autumn of 2014 and the Spring of 2016 .

[With thanks to Andy Gillespie for some info]